A report from the Associated Press begins in interesting fashion: “The Beijing Winter Olympics are fraught with potential hazards for major sponsors, who are trying to remain quiet about China’s human rights record while protecting at least $1 billion they’ve collectively paid to the IOC.” Also, the president of the IOC — that would be “International Olympic Committee” — points out that the Games must be “politically neutral.”

Okay. But, as you know, if a person is neutral between persecutors and persecuted, he is in effect siding with the persecutors.

Xinjiang Province, as you know, is where the Chinese government is trying to obliterate the Uyghur people. (To the Uyghurs, Xinjiang is “East Turkestan.”) There are so many things to say. I will merely quote Willi Schlamm, as Bill Buckley liked to do: “The trouble with socialism is socialism. The trouble with capitalism is capitalists.”

There are things more important than the China market — especially in Xinjiang Province, or East Turkestan.

• In London, the Russian embassy had something to say. It was quoting the Russian foreign minister, Sergey Lavrov: “#NATO has become a purely #geopolitical project aimed at taking over territories orphaned by the collapse of the Warsaw Treaty Organisation and the Soviet Union.”

With apologies to Russia experts, you really don’t have to be a Russia expert to understand the mindset: These guys are plenty transparent. They feel an ownership of other countries.

I very much liked the response of Radek Sikorski, the Polish statesman (and former writer for National Review):

Get this, @RussianEmbassy, once and for all, in a language you can grasp. We were not orphaned by you because you were not our daddy. More of a serial rapist. Which is why you are not missed. And if you try it again, you’ll get a kick in the balls.

• Michael McFaul, the Russianist who was our ambassador to Moscow, says this:

I met Putin in 1991. I’ve written about him for 2 decades. I sat in the room with him for 5 years during the Obama administration. Those who believe that Putin will stop undermining Ukrainian sovereignty & democracy with a non-expansion NATO “guarantee” don’t know Putin.

I think of a French expression, taught to me by a Briton, David Pryce-Jones: “L’appétit vient en mangeant.” Appetite comes from eating.

• When I was managing editor of National Review, I asked DP-J to write about many, many things, and he never balked — except once. I asked him to write something about Vietnam, and what happened after we abandoned the South. He asked to be excused. It was so terrible, so atrocious — and we bore some responsibility.

At the moment, it is very, very tempting to look away from Afghanistan. But — there’s a plethora of stories like this one: “Parents Selling Children Shows Desperation of Afghanistan.”

• Is it time to stop following the Jeffrey Epstein story? Ghislaine Maxwell, his partner in crime, has been found guilty. A jury convicted her of five counts of sex trafficking. Good. But how about the friends and associates of Epstein? The men with whom he shared the trafficked girls? It would be good to know the truth about the matter — the whole matter — whether it embarrasses Republicans, Democrats, royals, or anyone else.

• You may have seen this story (and if you’re a Brit, you surely have): “British Prime Minister Boris Johnson faced a wave of public and political outrage on Tuesday over allegations that he and his staff flouted coronavirus lockdown rules by holding a garden party in 2020 while Britons were barred by law from mingling outside the home.” (Article here.)

Now, you may think the rules were dumb. But the hypocrisy stinks. I think of an ancient phrase, and concept: to “lead by example.”

• Strongly, strongly I recommend this article by two Peters: Kiefer and Savodnik. It is about woke madness (for lack of a better phrase) in Hollywood. I wish to quote one line: “We spoke to more than 25 writers, directors, and producers — all of whom identify as liberal, and all of whom described a pervasive fear of running afoul of the new dogma.”

I’m here to tell you: The same kind of article could be written about music — in the classical field, the musical-theater field, and others, I bet. No one would go on the record, maybe. The fear is great. But I have heard expressions of despair and disgust from people who never had a politically incorrect thought in their lives, if you know what I mean.

• Allow me to repeat what I have said before in my column: Aung San Suu Kyi has had one of the most tumultuous lives of modern times. Her father, the national hero, was murdered when she was two. She made great sacrifices for freedom. She stood with phenomenal courage against the Burmese dictatorship. She was imprisoned for many years. In a democratic opening, she was elected the civilian leader of the country. She went along with the military, especially in its persecution of the Rohingya people (very popular among the nationalist Burmese, unfortunately). The democratic government was overthrown by the military in a coup.

And now, the latest: “Myanmar’s Suu Kyi sentenced to 4 more years in prison.” This lady is 76 years old, and still in the storm.

• Sidney Poitier, the actor, has passed away at 94. What a voice. What a face. Etc. Some lines are indelible. And one of them is: “They call me ‘Mr. Tibbs.’” On Twitter, Avi Mayer circulated a portion of an interview that Poitier gave to CBS’s Lesley Stahl. The actor explained how an elderly Jewish waiter taught him to read. Moving: here.

•  Lani Guinier has passed away at 71. I’d like to quote Ben Shapiro:

I had Lani Guinier as a professor at Harvard Law. We agreed on nothing, and she was a total delight as a human being. We used to have hard-edged discussions in class, and she embraced them with joy. A rarity. RIP.

• Bob Saget has passed away at 65. Comedian, actor, TV host. He was a gift to our popular culture — the kind of person who makes you smile, even merely to think of him.

• Dale Clevenger has passed away at 81. He was one of the greatest orchestral players of our time: principal French horn in the Chicago Symphony Orchestra. Robert Marshall, the music scholar, once told me a story about him. I wrote it up for The New Criterion.

In the mid-Seventies, the [University of] Chicago music department was running a series called “First Chair.” Principal players from the Chicago Symphony Orchestra would visit the department and talk. One such was Dale Clevenger, the eminent French hornist.

When he was through, he said to the student, “Did you notice how my pulse was racing? And this was a fairly easy solo — certainly not very high. And I am not playing in a major concert. It’s just us, having an informal get-together. Still, yes, it makes me nervous.”

• Now and then, Twitter announces a “permanent suspension.” Peter Baker of the New York Times commented, “. . . isn’t ‘permanently suspend’ a contradiction in terms?” Which reminded me of my father: who calls a permanent, as in the hair treatment, a “temporary.”

•  Let’s talk pronunciation. When I was growing up in Michigan, a lot of people said “vanella,” instead of “vanilla”: “I’ll have a vanella shake.” Now, the coach of the New England Patriots is Bill Belichick. But I hear many, many Americans say “Belicheck.”

Paul Johnson, a biographer of Churchill, and many others, wrote that Churchill worked in bed until noon. I said to Johnson, “That’s probably the only thing I have in common with Churchill: I, too, work in bed till noon.” Johnson replied, “He really worked, you know.” I protested, “So do I!”

It was true then (although it has not been true in some time). (I move from bed to a chair.) (Most of the time.)

• A little music? Here’s a review of a Rigoletto at the Metropolitan Opera.

•  Feel like some pictures? I had a slew of them in my Nashville journal earlier this week (here). Take a few more, if you will.

This is an attractive building on the campus of Limestone University, in Gaffney, S.C. 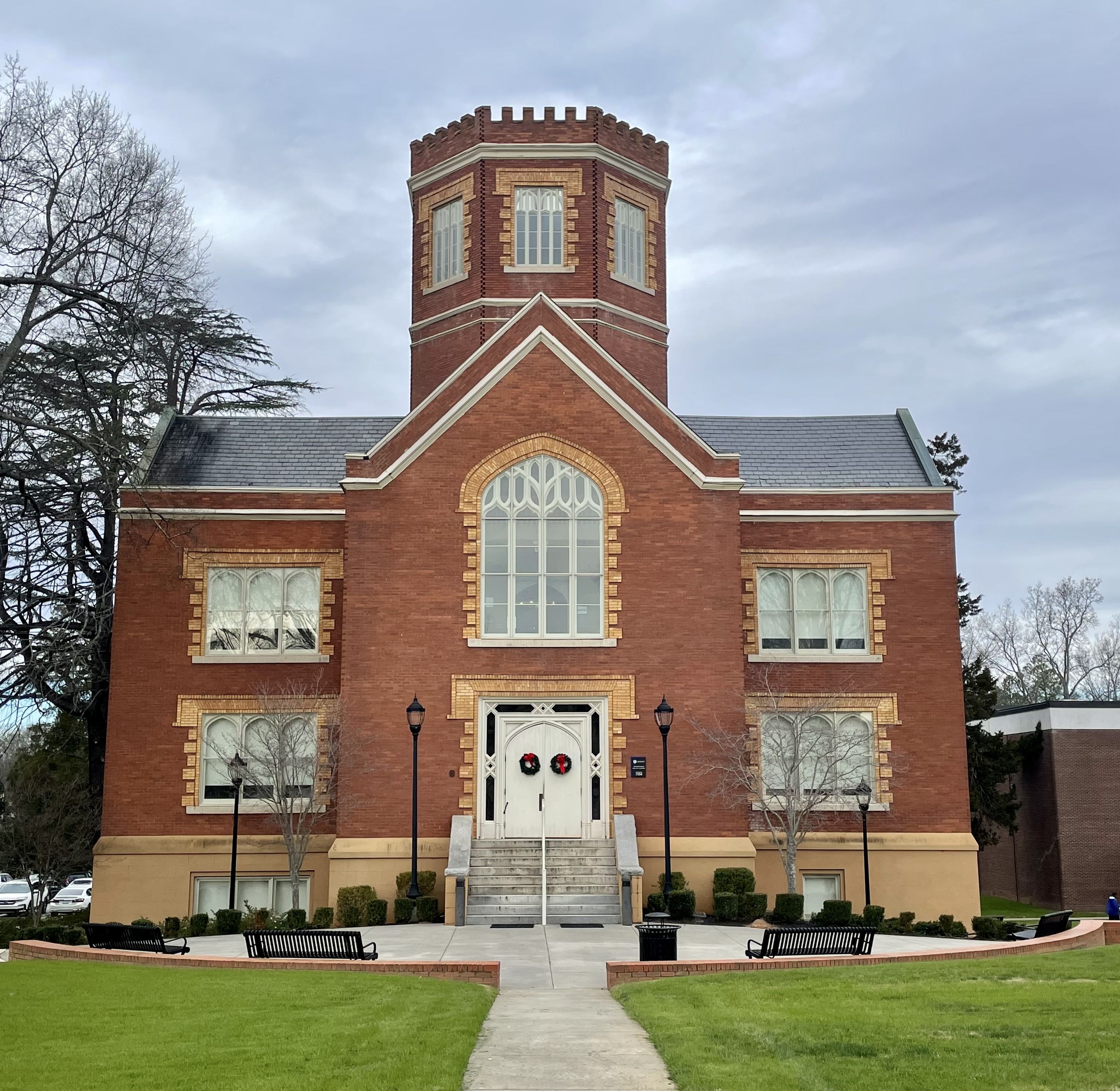 And how about this stately mother? 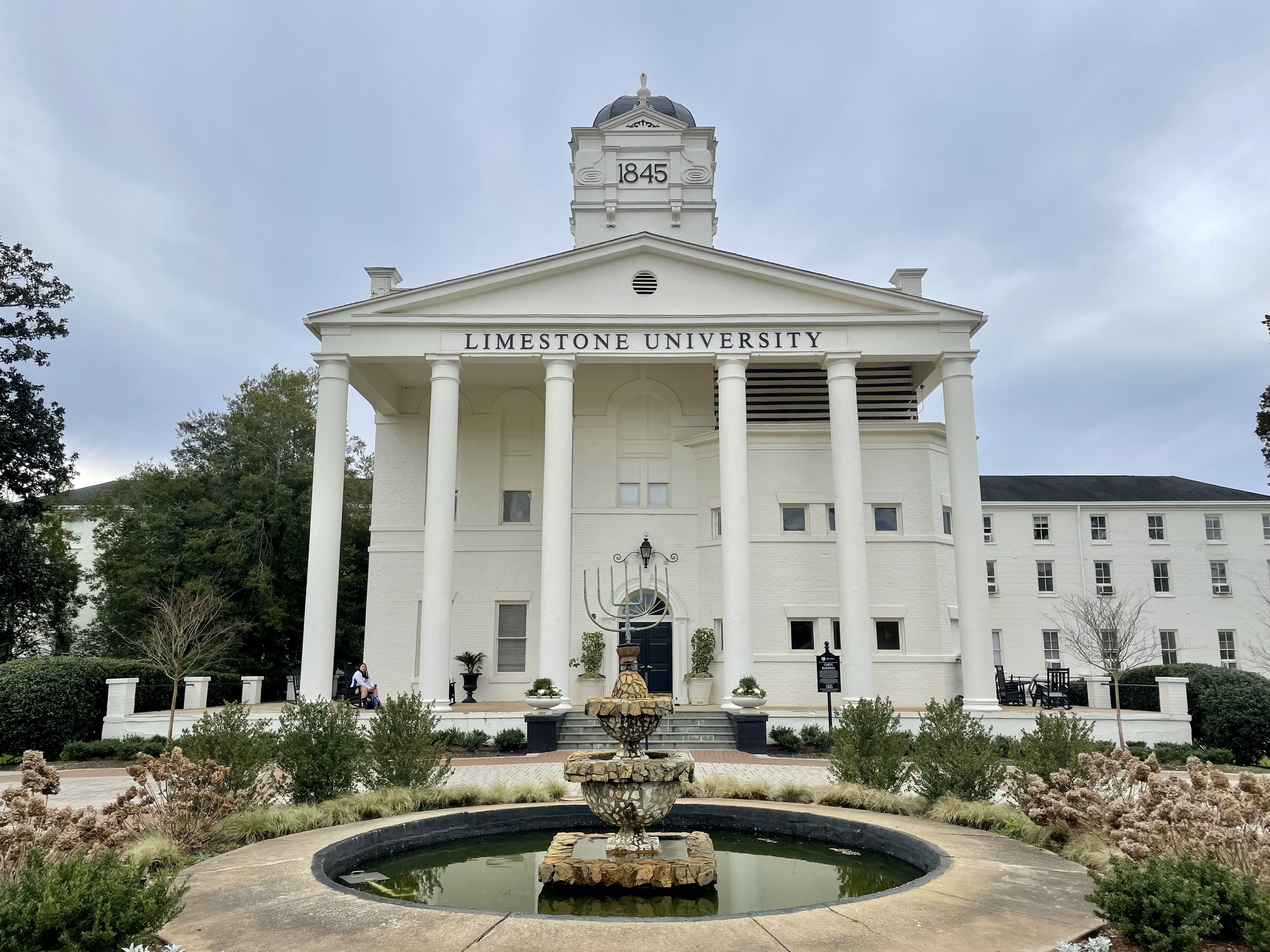 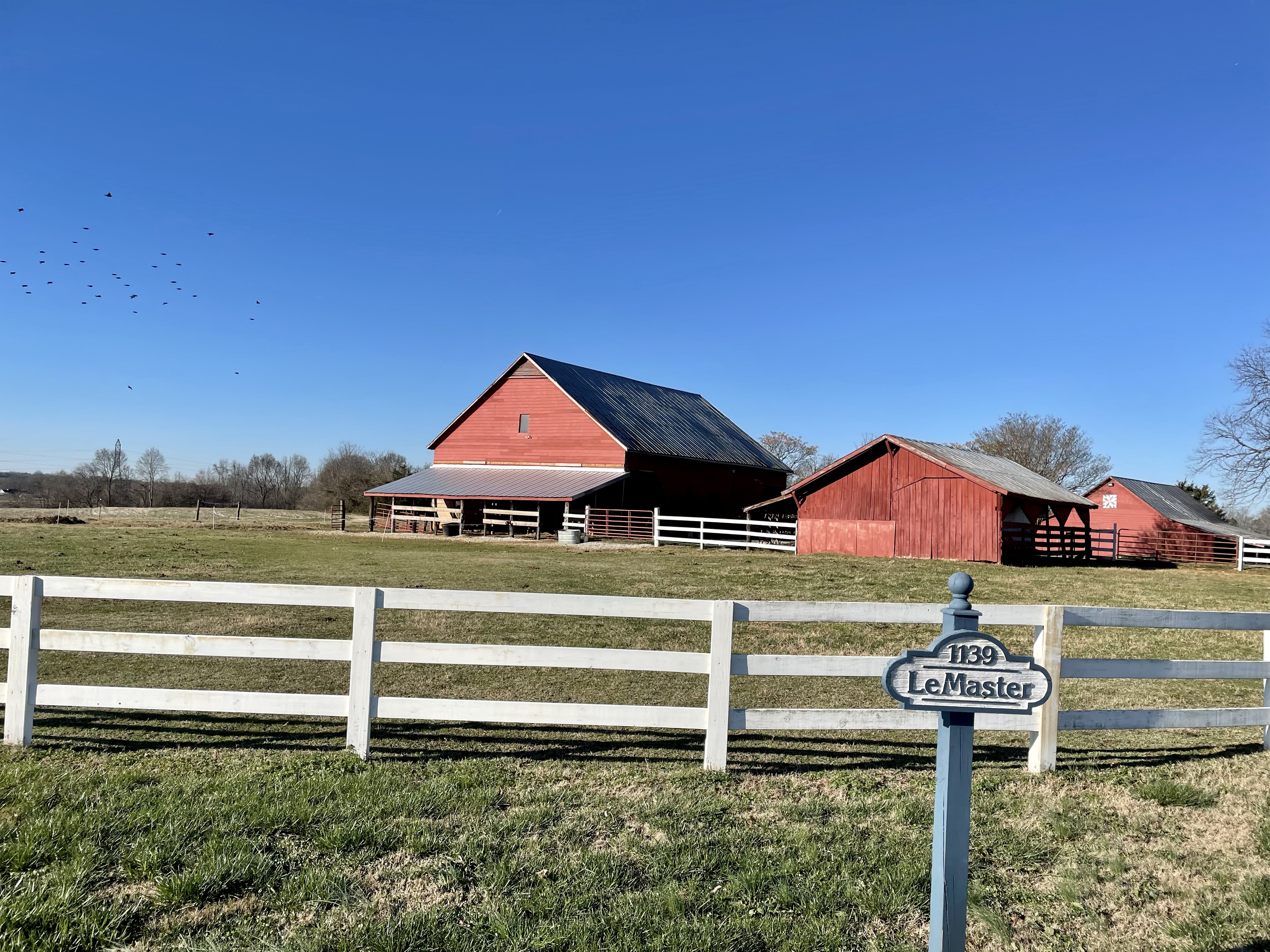 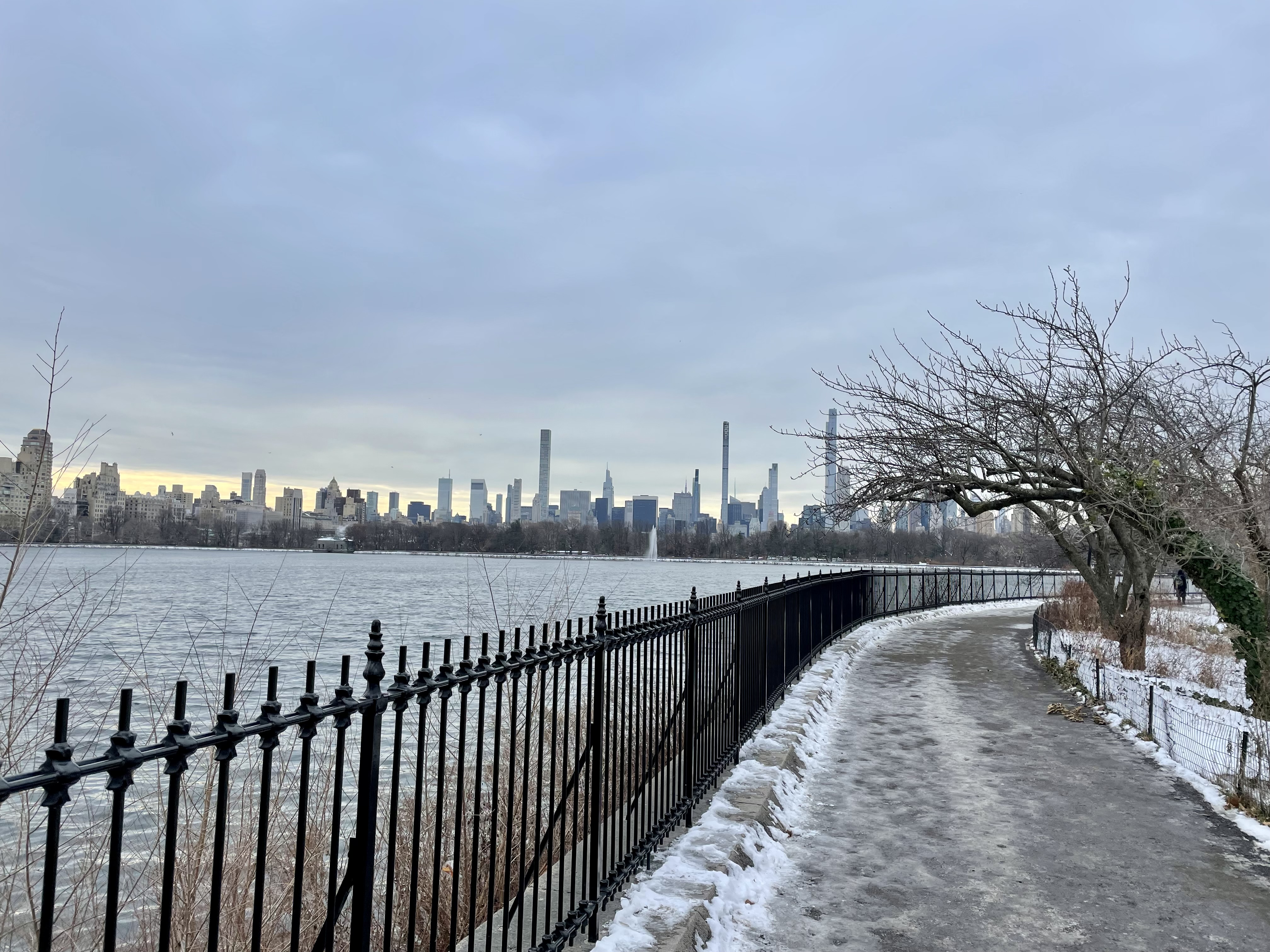 Another shot, for the road: 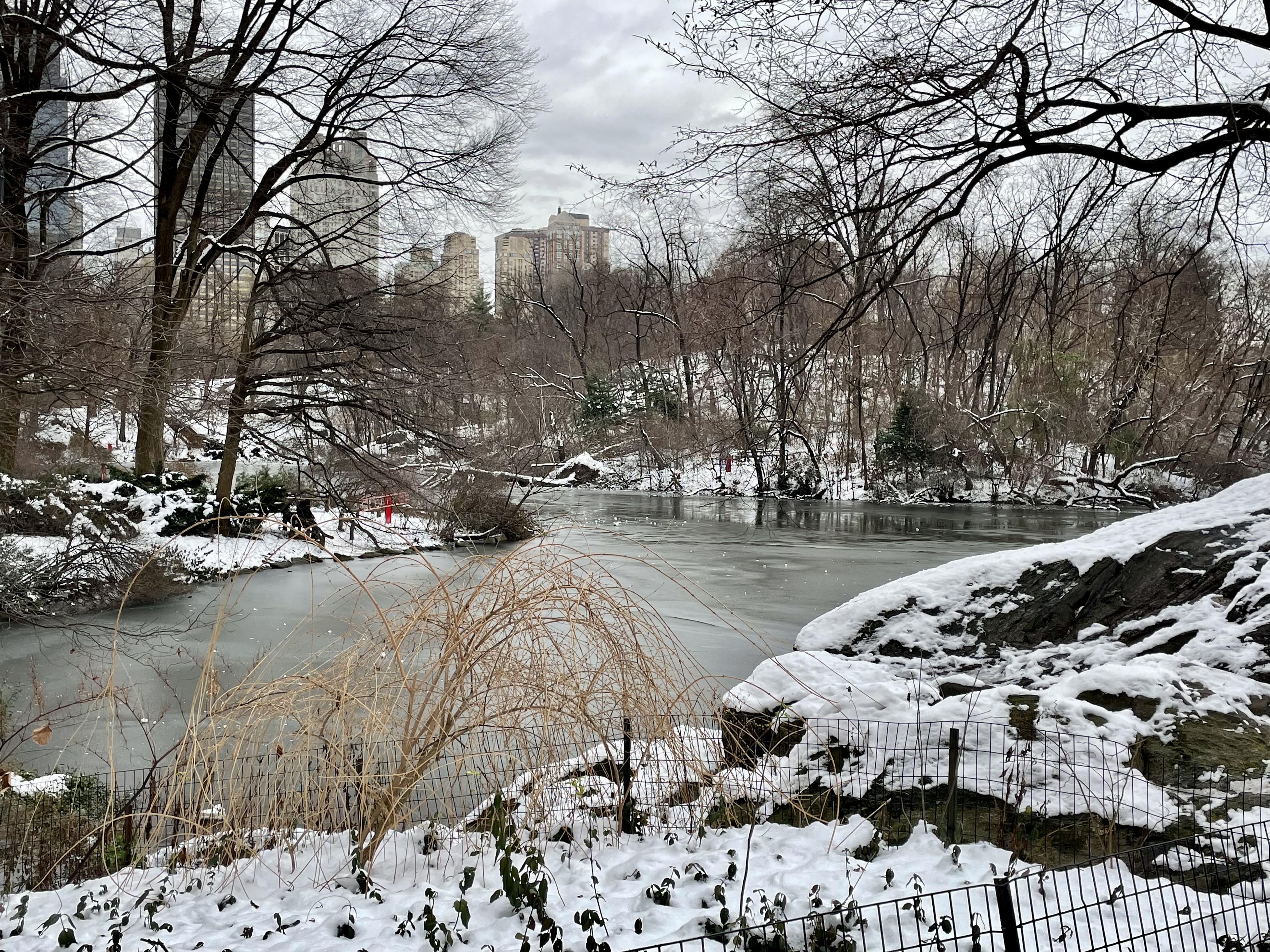 No, one more shot: of the USS Intrepid, in the Hudson River (also New York). You remember Patriot Pops? Those red-white-and-blue popsicles? Well, that’s what the ship reminded me of the other night. 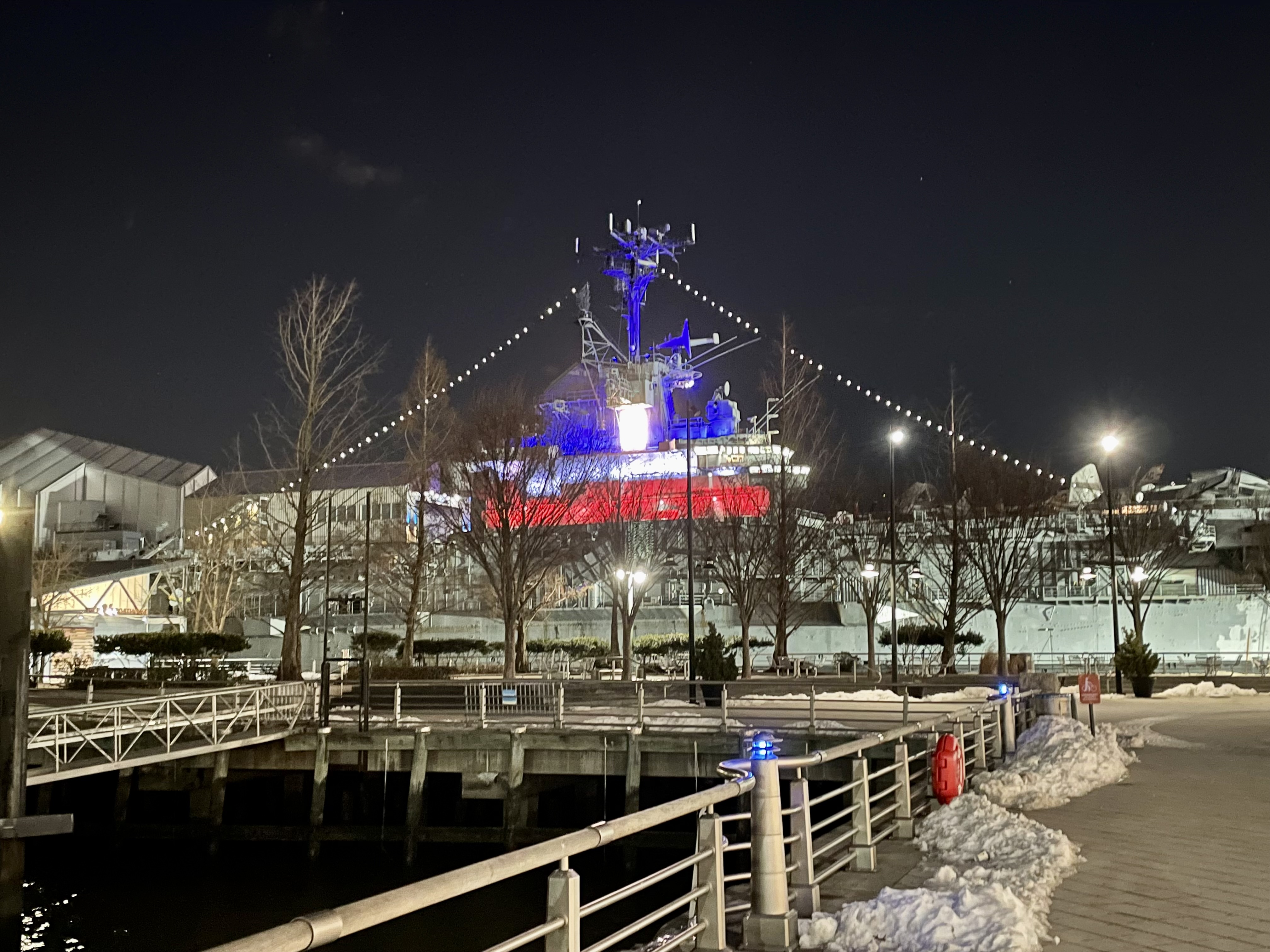 Thanks for joining me, everybody. All the best.