When dictators play sports; when fanatics smash instruments; when Americans flirt with national divorce; when Spielberg directs West Side Story; and more

Vladimir Putin is quite an athlete. So is Alexander Lukashenko, the dictator over in Belarus. Earlier this week, the two of them played a hockey game in St. Petersburg. Also on the ice were retired Russian hockey stars. The dictators were on the same team, which won 18 to 7. Putin scored seven goals. Lukashenko scored two. The 17-year-old son of the latter scored four.

As athletes, however, Putin and Lukashenko are not in the same league as Kim Jong-il, the late North Korean dictator. The very first time Kim Jong-il played golf, he shot 38 — over 18 holes. In other words, he was 34 under par. His round included eleven holes-in-one.

Bobby Jones never dreamed of that. Neither did Hogan, Nicklaus, or Woods.

A question: Are dictators ever embarrassed? Does Putin, for example, ever feel insulted that real hockey players are letting him flop the puck into the net and so on? Does it ever affront their dignity?

• In the Washington Post, Charles Lane advocated a boycott: He suggested that people not watch the upcoming Olympic Games in Beijing. That way, they would show the Games’ corporate sponsors that cooperating with the Chinese government doesn’t pay.

As a rule, I am not a big boycotter. (We could get into why. It’s a long discussion.) But I am inclined to agree with Chuck.

•  The United States, as you know, is staging a diplomatic boycott of the Games. So are Britain, Canada, and Australia. Apparently, there are no other countries doing so. For an article about this, in the New York Times, go here.

About the “Anglosphere,” there is something peculiar. Distinctive. You know?

• I saw a video of Taliban types smashing up instruments in Afghanistan. Smashing up the rubab, tabla, and harmonium. And I thought of Anthony Daniels.

In the early 1990s, he wrote a book called “Monrovia, Mon Amour” — about Liberia, obviously. The country was in the throes of civil war. Tony entered the Centennial Hall, where presidents of the country were inaugurated. He saw a Steinway grand piano — probably the only one in the entire country — on the floor with its legs cut off. The piano was surrounded by excrement.

Now, attacks on human beings are a lot worse than attacks on pianos. But Tony saw something in that scene: raw hatred of civilization. The hatred that savagery feels for anything high, decent, or good.

This is very human, and is found wherever human beings live.

• Jeff Jacoby wrote a very interesting column, as he is prone to doing. He is disappointed in Elizabeth Warren, the Massachusetts senator. Now, why does he have a right to be disappointed? Jeff is a conservative (in the traditional American sense); Warren is something very different.

In that column, Jeff explains — and he does so convincingly.

He admired another Massachusetts senator, another liberal Democrat: Paul Tsongas. So did I (political views aside). Tsongas was a warm and humorous person. Also a thinker. He was not a hater and not an ideologue. Not a robot.

Once, I was in a student group that met with Tsongas. This was in his office on Capitol Hill. Another member of the group — my friend Kevin — was from Massachusetts. The senator had an exchange with him. Somehow, Tsongas said, “Let’s say you ran for office in our home state.”

Funny, the directions that people take. We have seen a lot of it.

• Ron Johnson, the Republican senator from Wisconsin, has gone in an interesting direction. Most recently, he told Fox News, “We all hoped and prayed the vaccines would be 100 percent effective, 100 percent safe, but they’re not. We know that fully vaccinated individuals can catch COVID, they can transmit COVID, so what’s the point?”

The question people are asking is, “Will Johnson run for reelection next year?” Frankly, I think he’d have a shot at the Republican presidential nomination, if Trump didn’t run.

• Speaking of Trump: “Trump Adviser Peter Navarro Lays Out How He and Steve Bannon Planned to Overturn Biden’s Electoral Win.” (Article here.) Says Navarro, “We didn’t even need any protesters, because we had over 100 congressmen committed to it.” That is interesting.

• Marjorie Taylor Greene, the Republican congresswoman from Georgia, has been talking about national divorce — red and blue, I suppose. Also in this conversation is Pedro L. Gonzalez. You can read an article about this here. Gonzalez is a Lincoln Fellow at the Claremont Institute. So are Charlie Kirk and Anthony Sabatini. (Sabatini is a Florida politician who is running for Congress. Last month, he tweeted, “The next Congress must pass legislation proclaiming November 19th ‘Kyle Rittenhouse Day,’ a new Federal Holiday.”)

David French wrote a book called “Divided We Fall: America’s Secession Threat and How to Restore Our Nation.” A thoughtful, superb, and sobering book — also a patriotic service. I reviewed it here.

If we are to have a divorce? I want to be on the side that has the Constitution, the flag, the national anthem, and the Statue of Liberty. (And Arby’s. And Michigan football. And other things.)

The Confederacy, as you recall, had its own constitution and its own flag. Also — however unofficially — its own national anthem: this song. (“God’s on our side!”)

• Jonathan Spence, the great China scholar at Yale, has passed away at 85. One of the things I appreciated about him was that he was utterly clear about Mao and the China the Communists created. He cut through all the cant about it. When I was managing editor of National Review, I tried to get him to write for us, to no avail.

• West Side Story is now in movie theaters. There’s a new version, directed by Steven Spielberg. Apparently, it’s a box-office flop. What an indictment of the public.

The new Spider-Man is rakin’ it in, which is great. (I look forward to seeing it.) I mention this only to say: The pandemic is not keeping people away from the movies at large.

I intend to write an article about West Side Story, but maybe I could jot a few thoughts here.

The new movie could hardly miss, when you think about it. The musical is a masterpiece — score by Bernstein, lyrics by Sondheim. And Spielberg is no slouch of a director. There is a lot of credit, a lot of praise, to spread around. But let’s not forget: Shakespeare started it all. My Lord, what a mind.

After an especially good performance of Prokofiev’s Romeo and Juliet, I’m inclined to think, “Holy Moses, this ballet is the greatest work of art.” West Side Story? It, too, will last a long time: for as long as there is anything like musical theater. Anything like song and dance, for that matter.

Five or six songs in that show are immortal, not to mention the symphonic material.

Watching the movie, I was reminded of how closely West Side Story patterns Romeo and Juliet. But: At the end of R&J, both of them are dead. In WSS, she survives. I wonder why. Everything else is so . . . close.

One theme of West Side Story — and I’m not talking about a musical theme — is tribalism. A feeling welled within me, as I sat in the movie theater: Tribalism can go to hell, and stay there. It can take a number of other isms — smelly, nasty, and murderous — with it.

The young woman who plays Maria in the new movie is Rachel Zegler. Her mother is Colombian. (Maria comes from Puerto Rico.) Her father is Polish (like Tony, in the story). She is, in short, an American.

• End on a couple of photos? Here’s a sign to make your heart leap — at least it does mine: 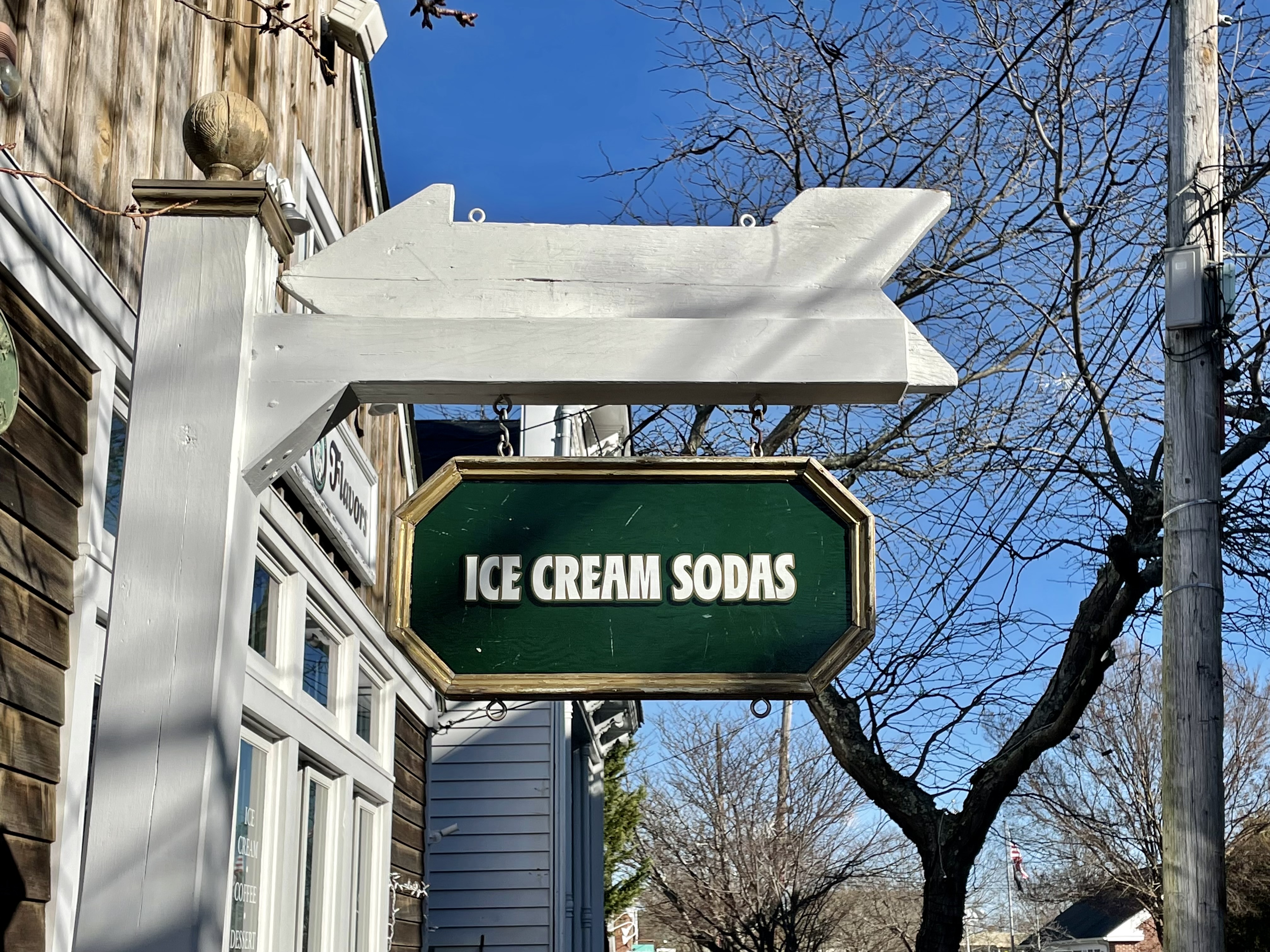 Finally, a night scene in New York — kind of startling, and whimsical: 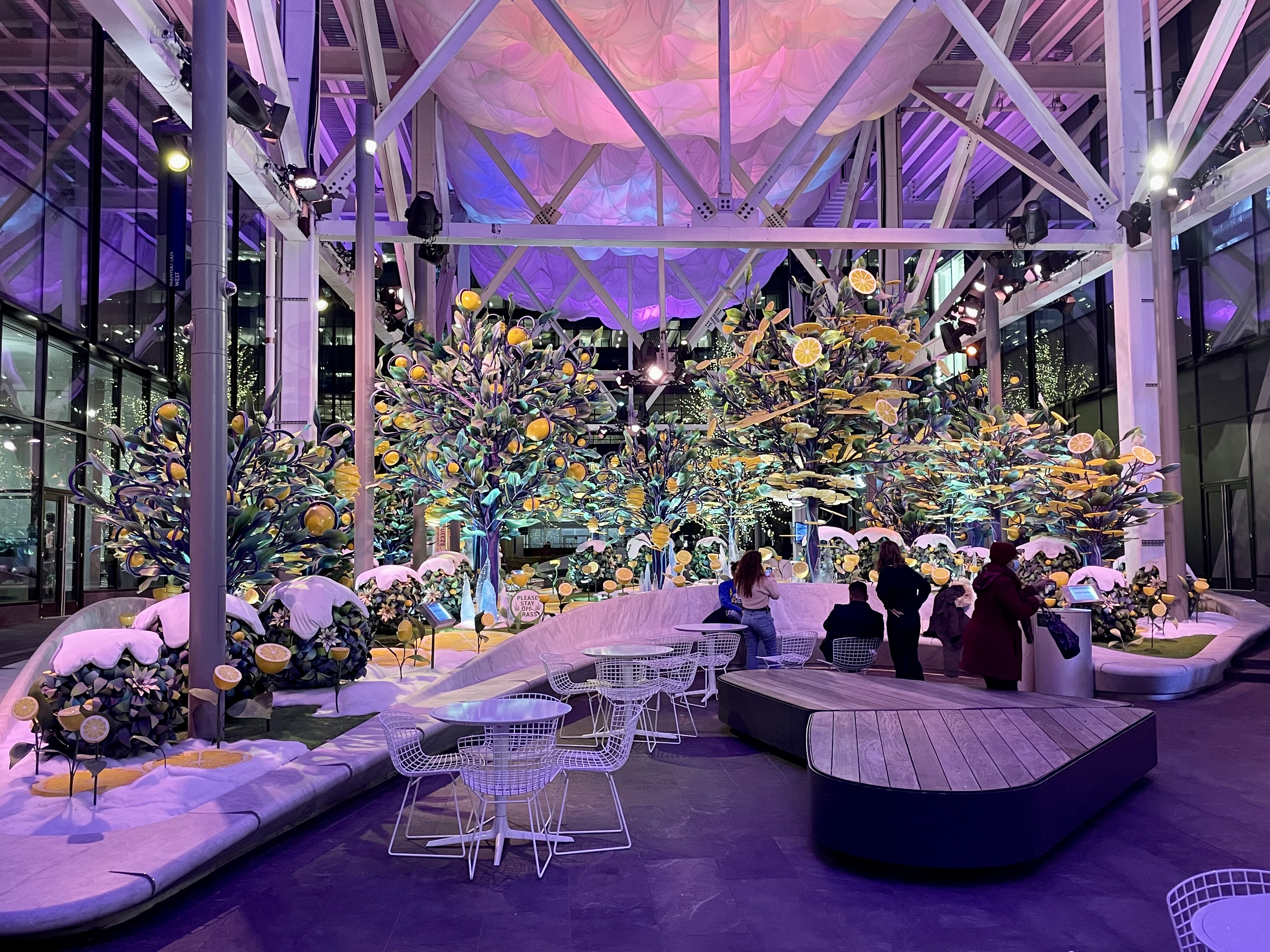 Happy New Year, my dear friends! See you next year, as we used to say.