The idea that America is a racist, white supremacist country is very prevalent, especially among young people.

However, the demand for racism exceeds the supply. Around 70 percent of all “hate crime” allegations are false.

There is so little racism in the U.S. that people who wish to be victims of it have to stage racist incidents by themselves. Here are my top 10 “hate crime” hoaxes:

Signs asking white Americans to report illegal aliens to law enforcement and claiming that “America is a white nation” were posted around campus at Gustavus Adolphus College in Minnesota in March 2017. After massive backlash, the school’s Diversity Leadership Council took responsibility for posting the signs.

According to the DLC, the signs were a “social experiment.” The office never clarified its goals or what the “experiment” was trying to achieve.

In September 2017, five black cadets at the Air Force Academy in Colorado found a racist message — “go home n*****” — written on a whiteboard outside their dorms. The incident prompted Lt. Gen. Jay Silveria, the academy’s superintendent, to give an impassioned speech condemning racism in the ranks of the Air Force.

Based on a forensic handwriting examination, investigators found that the culprit was one of the black cadets, who later admitted to writing the message.

8. A politician fakes a racist letter.

Oregon political candidate Jonathan Lopez claimed he received a xenophobic letter in his mailbox in June 2020. It said in part, “We will make sure you never win and your family suffers along with all the f***ing Mexicans in the area.” The letter was signed, “Sincerely, America.”

After being confronted by local authorities, Lopez confessed to writing the letter.

7. The hoaxer destroys his own BMW.

In October 2020, Clifton Eutsey reported to Buffalo, New York, police that his BMW had been vandalized with racist and homophobic slurs. The graffiti included Nazi swastikas and slogans in support of former President Donald Trump. The windows of his car were also smashed.

Video evidence obtained by local authorities proved that Eutsey had vandalized his own car.

6. All that for nothing.

Racist messages were spray-painted on a building on the campus of Eastern Michigan University in September 2016. Students blocked traffic in protest and the school offered a $10,000 reward for information leading to the vandal’s arrest.

The school’s police department spent more than 1,000 hours investigating the case. Eventually, the graffiti was confirmed as a hoax by local authorities. Eddie Carlin, a black former EMU student, was arrested and found responsible for the vandalism.

5. The “Klansman” was a black student.

White supremacist messages including “KKK” were found on the campus of Albion College in Michigan in March and April 2021. In response, hundreds of students boycotted classes and held large protests on campus for three straight days.

After the FBI stepped in to investigate, video evidence showed that the individual responsible for the graffiti was a black student who later confessed.

Following Trump’s electoral victory in 2016, a female Muslim student at the University of Louisiana at Lafayette alleged that she was attacked by two white men, one of whom was wearing a MAGA hat. According to the student, the supposed Trump supporters yelled racial insults and stole her wallet and hijab.

The American Civil Liberties Union of Louisiana promptly condemned the “anti-Muslim assault.” Following an FBI investigation, the attack was confirmed as a hoax and the student was charged with filing a false police report.

Black NASCAR driver Bubba Wallace reported finding a noose, which he believed to be a racist symbol, in the garage assigned to him before a June 2020 race in Alabama. Days later, in an emotional demonstration of support, dozens of NASCAR drivers pushed Wallace’s car across the track as he broke down in tears.

Fifteen FBI agents were mobilized to investigate the incident. In the end, the U.S. Department of Justice concluded that the “noose” was just a rope that was used to open the garage door.

Anayeli Dominguez Peña, a student at the University of La Verne in California and co-leader of the student activist group Decolonize ULV, reported 10 separate racist attacks and threats against her and her organization in 2019.

These allegations were initially limited to anonymous online threats, but the situation escalated when Peña claimed that her car was set on fire and later that she was viciously assaulted by a masked man.

ULV responded by shutting down its campus and escorting students around campus when classes resumed. After nearly a year of investigations by local authorities and the FBI, it was announced that Peña had fabricated all of the incidents and was facing felony charges.

In January 2019, actor Jussie Smollett claimed that he was attacked in the streets of Chicago by two men shouting racist and homophobic slurs. They allegedly poured bleach on him, put a noose around his neck and yelled, “This is MAGA country.”

Investigations revealed that Smollett had orchestrated the incident. On Thursday, he was sentenced to 150 days in prison for making false police reports.

In New York City in March 2017, Curtis Campbell accused Grant Leach of kicking him in the groin and shouting homophobic slurs. Leach was arrested and charged with assault and harassment.

Those charges were dropped after video evidence not only failed to back up Campbell’s story but also showed that Campbell was the real attacker.

Jordan Brown, a gay pastor in Austin, Texas, ordered a cake with the words “Love Wins” from a local Whole Foods store in April 2016. He claimed the cake he received contained the message he requested along with a homophobic slur. Brown sued Whole Foods for emotional damage.

Footage from surveillance cameras showed that a sticker on the cake box was in a different place when Brown checked out. Whole Foods filed a countersuit against Brown for falsely accusing “Whole Foods and its employees of writing the homophobic slur.” 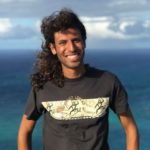 Sam Neves is a former leftist and an independent journalist. He is a marketing major at Emerson College. Neves is the president of the Turning Point USA chapter at his school. After graduation, he plans to attend law school and continue his mission to fight for people who do not have a voice. Neves is also a filmmaker, actor and comedian. He believes humor is the best attack against insanity.

This Is a Time for Fearlessness