Recently, Elon Musk has become a conservative folk hero of sorts for routinely thumbing his nose at the likes of Sen. Elizabeth Warren, coronavirus bureaucrats and others on the political left. However, this human subsidy aggregator is far from a free market hero.

While the political undertones of the Trump-dissing businessman seem to change by the day, one thing remains constant: his penchant for sideswiping fairness and law and order to seemingly make a quick buck.

Days ago, The Wall Street Journal reported that Elon had pressured a law firm in his employ to terminate an attorney who previously worked for the Securities and Exchange Commission. This attorney earned Musk’s ire for the crime of probing him about misleading claims he made on social media regarding Tesla’s future status as a public company — a probe that yielded a $20 million fine and Musk resigning as the company’s chairman.

These bully tactics speak to a larger problem with how Musk operates. While he has charmed his way into the hearts of millions by going on “The Joe Rogan Experience” and jokingly pushing meme cryptocurrencies, those charades are nothing more than smoke and mirrors that hide his anti-free market, ethically ambiguous business practices.

For example, in response to a slew of crashes and accidents that involved his self-driving software, the National Transportation Security Board made some safety recommendations to Tesla and Musk to help prevent future incidents on the roads. Four full years have gone by, and Musk still has yet to comply, which may have led to further injuries and deaths. The CEO would seemingly prefer to cut corners and sit on his fortune than keep the rest of the country safe.

This isn’t the first time Musk has made this type of judgment call, either.

In December 2020, SpaceX — Musk’s space exploration company — similarly ignored repeated warnings from the Federal Aviation Administration regarding incongruence with safety regulations for a rocket launch. Just minutes before the launch, the FAA informed SpaceX that proceeding would violate the company’s launch license. SpaceX ultimately disregarded the FAA and launched its rocket anyway, only to watch it explode soon thereafter.

The FAA was concerned that should the rocket explode, the subsequent shockwave could endanger the lives of spectators on the ground and nearby residential communities. Considering that in 2015, Musk’s Falcon 9 rocket exploded while on a mission to the International Space Station, the FAA’s fears weren’t without justification.

According to a NASA report on the 2015 incident, Musk’s company was lackadaisical at certain points during Falcon 9’s construction.

Do you think Musk is a true conservative?

So, for those keeping score at home, Musk’s response to launching a rocket in violation of safety guidelines and having the rocket explode was to do the same thing all over again five years later. Predictably, doing so led to the same dangerous result.

Real conservatives believe in law and order. They believe in self-responsibility and accountability and keeping the public safe. Not Elon. He only seems to care about what is profitable or politically expedient for him personally.

And yet, despite his penchant for cutting corners and ignoring safety regulations, the government bizarrely still trusts him with high-priced contracts and sending NASA astronauts into space. The definition of insanity is doing the same thing over and over again and expecting a different result, and it needs to end soon.

Repeating center-right talking points while ignoring every free market principle in the book doesn’t make one a conservative — it makes one a poser. And being innovative and creative certainly shouldn’t excuse one from following the rules of the road.

Here’s hoping that Musk gets that memo sooner rather than later. Public safety is counting on it. 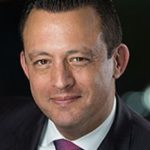 Mark Anthony is a former Silicon Valley executive with Forrester Research, Inc. He is now the host of the nationally syndicated radio program “The Patriot and Preacher Show.” Find out more at patriotandpreachershow.com.