AF Branco is an editorial cartoonist.

The Western Journal is pleased to bring back comments to our articles! Due to threatened de-monetization by Big Tech, we had temporarily removed comments, but we have now implemented a solution to bring back the conversation that Big Tech doesn’t want you to have. If you have any problems using the new commenting platform, please contact customer support at [email protected]. Welcome back!

All the stunned boy could manage was a thank-you and ‘Let’s go, Bucs!’ as the reality of the situation washed over him.

It’s Illegal to Tell Your Gender-Confused Son He’s a Boy But You Can Tell Him He’s a Girl: Canada

A new Canadian law criminalizes the ‘conversion therapy’ of transgender individuals, in spite of the prevalence of detransitioners. 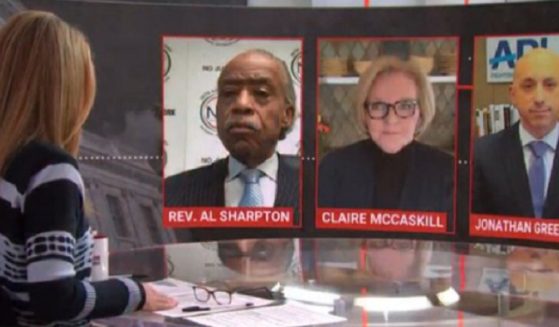 A man with this kind of history shouldn’t be treated as an expert at fighting anti-Semitism – and even MSNBC should know it.

“Prince Andrew has nowhere to go. He’s effectively a dead man walking as far as the royal family is concerned.”

Freedom ripped Golden State Warriors co-owner Chamath Palihapitiya after he made his position on the Uyghur genocide known.

The Supreme Court will decide if a major U.S. city can ban the Christian flag.

Scottish authorities worked with US authorities to detain and monitor the 34-year-old man, who was now going by the name Arthur Knight.

Biden may be attempting to ‘designate individuals to [federal] facilities in accordance with their gender identity.’

Red Wave Incoming: The Overwhelming Evidence Democrats Are in for a Nightmare This Year

Gallup reported Republicans have ‘an advantage over Democrats larger than any they had achieved in more than 25 years.’