If the media want to regain the public’s trust, they could try not peddling ludicrous fiction.

NRPLUS MEMBER ARTICLE A s anyone who has ever been in a relationship can tell you, occasionally saying “I was wrong and I’m sorry” can go a long way. But the media can never say “We’re sorry.” Because then Republicans might pounce. 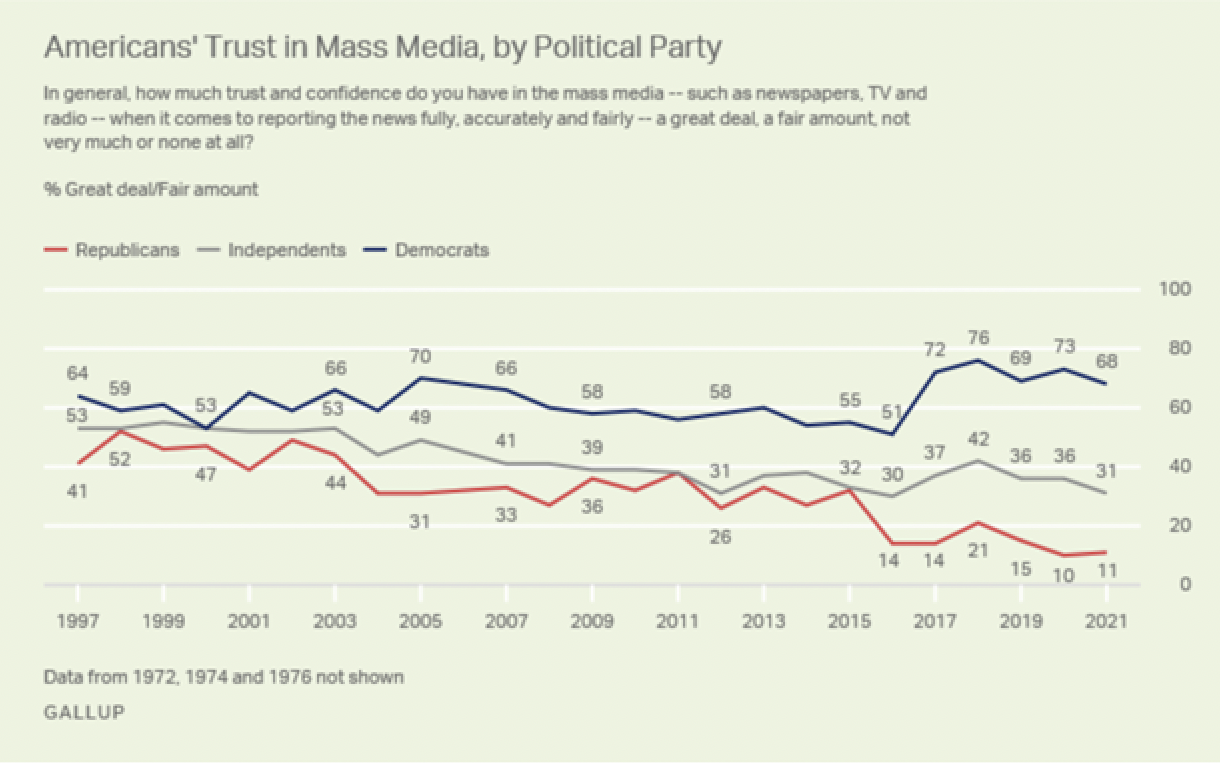 Eleven percent among Republicans? Thirty-one percent among independents? What media executive looks at this chart and doesn’t hear five-alarm sirens going off in his head? Answer: virtually all media executives, because becoming outspoken defenders of the Left has made the media very popular with Democrats, the cosseting and flattering of whom is now most of the media’s chief survival strategy. If …