Home Uncategorized Jenny Beth Martin: Has Russia Been Waiting 77 Years for an American...

For the first time since Soviet troops withdrew from a vanquished Germany in 1945, Europe faces the prospect of a land war pitting Russian forces against the West.

It should be no surprise to any student of history that Russian President Vladimir Putin waited for Joe Biden’s presidency to move aggressively in his attempt to redraw the map of Europe by reincorporating Ukraine into Russia.

Biden, after all — as former CIA director and Secretary of State Bob Gates noted — has been wrong about every foreign policy issue of the past forty years, and he is continuing his record.

The Biden administration did not wait long to begin projecting uncertainty and weakness. Even before he was inaugurated, Biden made clear he wanted to revive the Iran nuclear deal, from which former President Donald Trump wisely removed the U.S. Putin took note.

Then, on Day One, Biden signed executive orders making clear that the southern border would no longer be defended as it had been under his predecessor. Putin took note.

But that wasn’t enough. Within two weeks of taking office, Biden announced an end to U.S. support for Saudi Arabia’s offensive against Iranian-backed Houthi rebels in Yemen, as his secretary of state removed those rebels from the list of foreign terrorist organizations. Putin took note.

The nadir of Biden’s foreign policy — to date, at least — occurred in late summer, when the calamitous U.S. withdrawal from Afghanistan left thousands of Americans and American allies behind to be hunted by the Taliban and left America’s allies and adversaries abroad in slack-jawed awe. Putin, of course, took note.

As to matters Ukrainian, the die was cast early. In May, the Biden administration lifted U.S. sanctions against the Nord Stream 2 pipeline that would reduce Ukraine’s natural defenses by carrying natural gas from Russia not through Ukraine to Germany, but instead via a new route outside Ukraine. Later, Biden lobbied Senate Democrats to vote against an amendment reimposing those sanctions. Putin took note.

Having taken note of American weakness across the board, Putin now presses what he believes to be his advantage in Ukraine.

He makes outrageous demands — that NATO agree never to add Ukraine as a member and that the U.S. withdraw its troops from NATO members that joined the alliance after 1997 (Albania, Bulgaria, Croatia, the Czech Republic, Estonia, Hungary, Latvia, Lithuania, Montenegro, North Macedonia, Poland, Romania, Slovakia and Slovenia) — and credibly threatens to invade.

At a news conference last week, Biden opened his mouth and inserted his foot when he suggested a “minor incursion” into Ukraine by Russian forces might not warrant a significant U.S. response. Then his administration ordered families of U.S. diplomats to leave Ukraine’s capital city, sending a signal to the world — and Putin — that the U.S. would not even defend the sovereign territory of an American embassy.

Under Biden, America is not just in decline, but in retreat.

Consequently, it may not be long before Russian troops forcibly enter Kyiv and force Biden to make a decision he would rather not have to make.

Actions have consequences. As much as he might wish otherwise, withdrawal is an action, and failure in projecting strength is success in projecting weakness. Biden, entrusted with defending U.S. interests abroad, now finds himself in a pickle of his own making.

Before long, it may not be just the Ukrainians paying the price for his fecklessness. 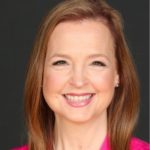 A Marshall Plan for the Pro-Life Cause

A Company That Moves the Earth Couldn’t Move Illinois

A Marshall Plan for the Pro-Life Cause

A Company That Moves the Earth Couldn’t Move Illinois

Conservatives Fighting Big Tech Should Learn from the Browser Wars

To Stupidity, and Beyond