The Ryder Cup has just been played, at a links course in Wisconsin. The Ryder Cup, as you know, is a biennial golf competition between American players and European players. (It started out as the U.S. versus Britain.)

Back in 1995, I wrote a short piece about the Cup, titled “My Country, Ryder Wrong.” (The title was the inspiration of Richard Starr, then a managing editor of The Weekly Standard.) In this piece, I took up questions of patriotism and nationalism.

Golf is mainly an individual sport. In 1995, some of my favorite players were on the European squad. But when it came down to it, I pulled like mad for the U.S. of A. (whether I particularly liked the individual players or not).

I have come here today to complain about the Ryder Cup — the galleries, in particular. (In golf, “galleries” means spectators, as you know.) Not all sports are equal. Golf has long been considered a gentleman’s game. For instance, you call penalties on yourself.

In the 1925 U.S. Open, Bobby Jones called a penalty on himself. It might well have cost him the tournament. When he was praised for his honor, he would have none of it: “Sooner praise a man for not robbing a bank.”

Galleries have long observed decorum too. But not anymore, not at the Ryder Cup. They cheer when the other guy hits a drive in the rough or misses a putt. I think this stinks.

A lot of people think it’s cool. “Hey, get with modern times, gramps! Golf is no longer prissy.” It never was. It was just distinctive — and cool in its own way.

The trend of things is ever downward, it seems.

• They have just held elections in Germany — genuine, democratic elections. This should not be taken for granted. German democracy is relatively new. Nazism and Communism are in the fairly recent German past.

I have very strong views on politics. I have rooting interests in elections — but mainly I root for elections. Genuine and democratic ones. The process — the system, the rule of law — is more important than the outcomes.

How long can Germany keep its democracy? Not forever, obviously, because nothing is forever, in this mortal, mutable world. But for a good long time, I hope. German democracy is good for Germany, good for Europe, good for the world.

• A headline: “China’s Xinjiang Crackdown Reaps Millions of Dollars in Assets for the State.” (Article here.) The subheading explains, “Courts sell off property and company shares once belonging to jailed Uyghur business owners.”

As a rule, comparisons to the Nazis are verboten. But sometimes they just scream at you, you know?

• Jonathan Mirsky was a superb authority on China. He died earlier this month, at 88. For his obit in the New York Times, go here.

I consulted Mirsky on China every chance I got. I wrote about him, too — in a piece called “Scholars with Spine” (2012). Here is an excerpt:

Jonathan Mirsky worked in China, coming and going, for almost 20 years. He was one of the first Westerners in, in 1972. Because he wrote honestly, he figured he would be tossed out any day. But it took the Chinese until 1991 to do it. Why did they do it when they did it? Who knows?

One fine day, Mirsky’s minder of many years said to him, “We would like you to leave our China the day after tomorrow.” Mirsky replied, “Really, Mr. Wang? You’re serious? Thank you so much. You’ve made me the happiest of men.” Wang was nonplussed. It was not the reaction he was used to. Mirsky explained, “You mean I’m not going to have to be in your mother-raping country anymore, and have my phone listened to, and be followed on the street, and be constantly warned to watch what I write? What a relief that will be!”

There is a coda to this story. Some years later, Mirsky was starting a stint at Harvard, and bumped into none other than his old minder. “Mr. Mirsky,” said Wang, “this is like a dream!” “No, Mr. Wang, a nightmare.” They never saw each other again.

Mirsky was a professor who became a journalist. He was in Tiananmen Square on June 4, 1989. When police agents found out he was with the press, they set on him, fracturing his arm and knocking out several of his teeth. Mirsky dictated his article by phone anyway.

He became East Asia editor of the Times of London. He resigned, however, because he thought the paper was pulling punches on China, for business reasons. Mirsky was that kind of man.

He was tough, brainy, dogged. The People’s Republic of China is built on lies, and he hated those lies.

In December 2009, he wrote an op-ed piece for the New York Times on the trial of Liu Xiaobo. You recall who this man was: a Chinese intellectual, a leading democrat, a political prisoner, a future recipient of the Nobel Peace Prize. In 2017, Liu Xiaobo died as he had long lived: surrounded by police agents.

Let me paste one paragraph from Mirsky’s column:

Beijing does not engage in arguments. It simply bullies to discourage others. Zhang Zhixin, a young Chinese woman, was executed in 1975 for “opposing the Great Helmsman Chairman Mao, opposing Mao Zedong thought, opposing the revolutionary proletarian line and piling offense upon offense.” To ensure that Ms. Zhang could not cry out at her execution, her vocal cords were cut.

That will do it, you know?

There’s a lot more to say about Jonathan Mirsky, but I will close for now. We need more like him: fearless, blunt truth-searchers.

• I was in a Walmart, a Walmart that offers free and fast vaccinations. So what? So this:

Millions of our people don’t want vaccination. Millions of other people, in poorer, less fortunate parts of the world, do. They would love to be able to waltz into a Walmart and get vaccinated, for free.

What’s my point? Not a big one, and nothing profound. It’s just too bad that desire and opportunity can’t match up more often.

• I overheard a conversation between two mothers, talking about a third mother, from their kids’ school. “She’s Persian,” said one. “What’s her name?” said the other. “I can’t remember,” said the first mother. “Something really white. Oh, yeah: Tiffany.”

• I overheard a woman talking to a cashier, in a New York diner. “I just became a U.S. citizen today,” she said, “so I wanted to have something especially American.” That’s why she had come to the diner: because a diner is so red-white-and-blue.

When I related this on Twitter, a man responded,

Should have told her to get out of NY, and move to America and that is not to north east, west coast or basically any blue state and order when she gets there.

You know, all of my life I’ve been told that New York is not America. This is a very cramped view of the United States. There is a great variety in this country, from sea to shining sea, as Bill Buckley liked to say. (He lived in New York.) There is a star-spangled diversity. Every part of this land is American — whether a person happens to like the part or not.

• The Metropolitan Opera opened its season earlier this week. In the audience was a star of My Cousin Vinny — not Joe Pesci. Even in her mask, amid plenty of glamorous people, she stood out. In other words, she did not blend.

(The uninitiated should consult this clip.)

• Here is a sign of the times — a literal sign of the times. I saw it outside a store in Palm Springs, Calif. (and when I say “Palm Springs,” I am speaking of the general area). This sign says a lot about our modern, transitional economy. (Are economies always transitional? On their way to being something else? I don’t know. Probably free ones are.) 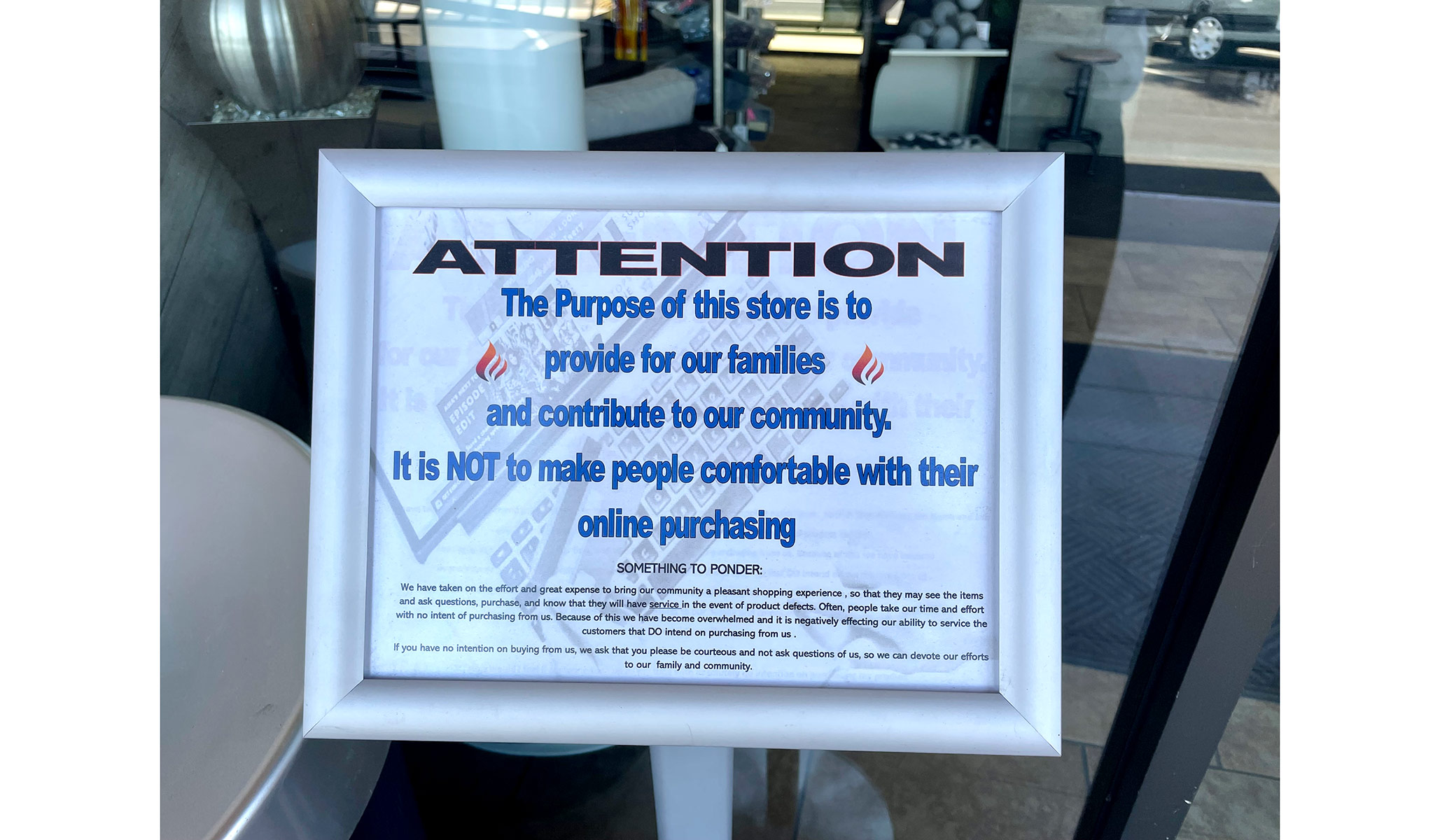 • In an ice-cream parlor, I saw a sign for a date shake. I wondered, “A shake for people on a date? Maybe an extra-big one, with two straws?” No: a shake made of date ice cream. Date ice cream is a specialty of the Coachella Valley. 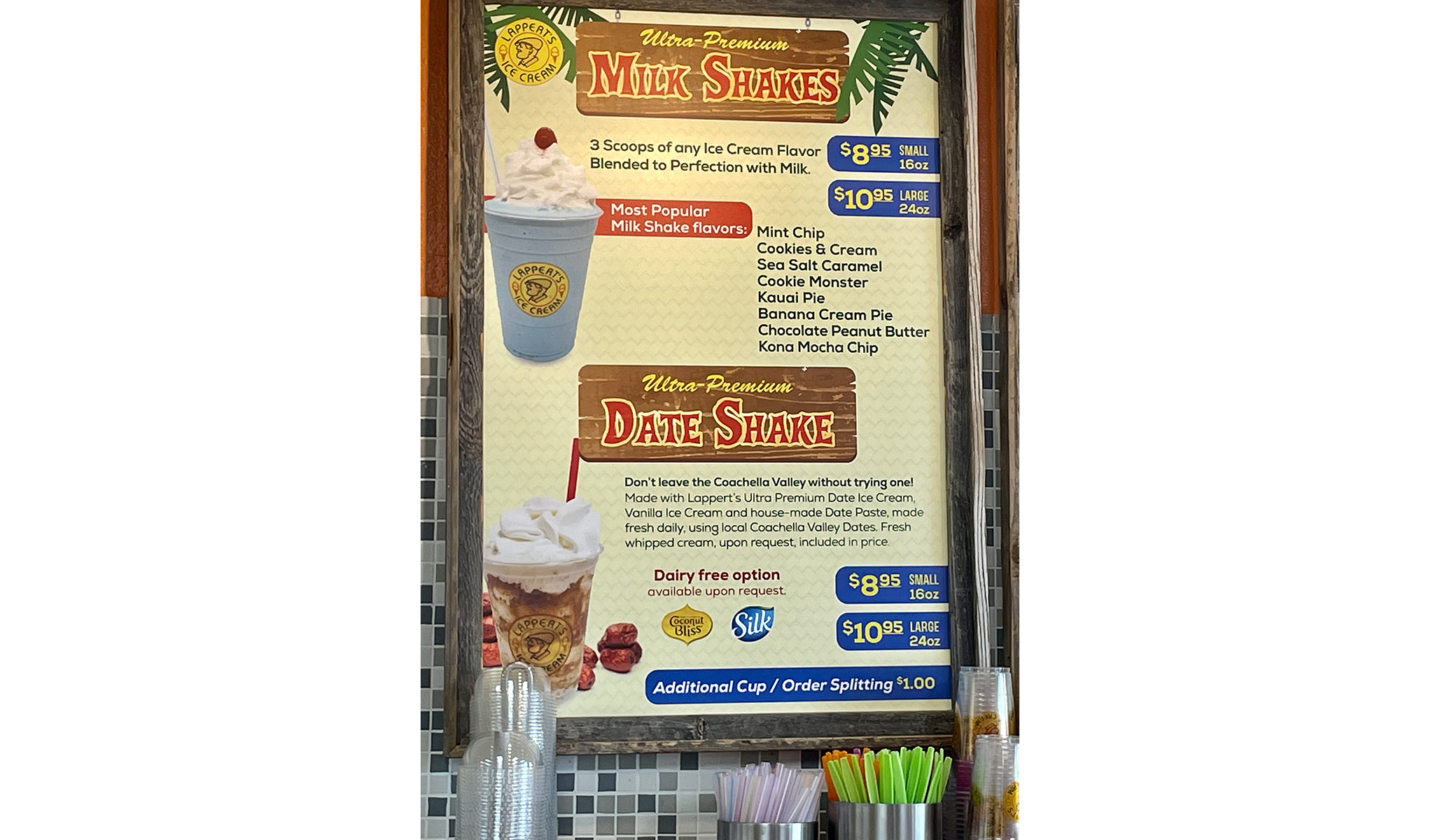 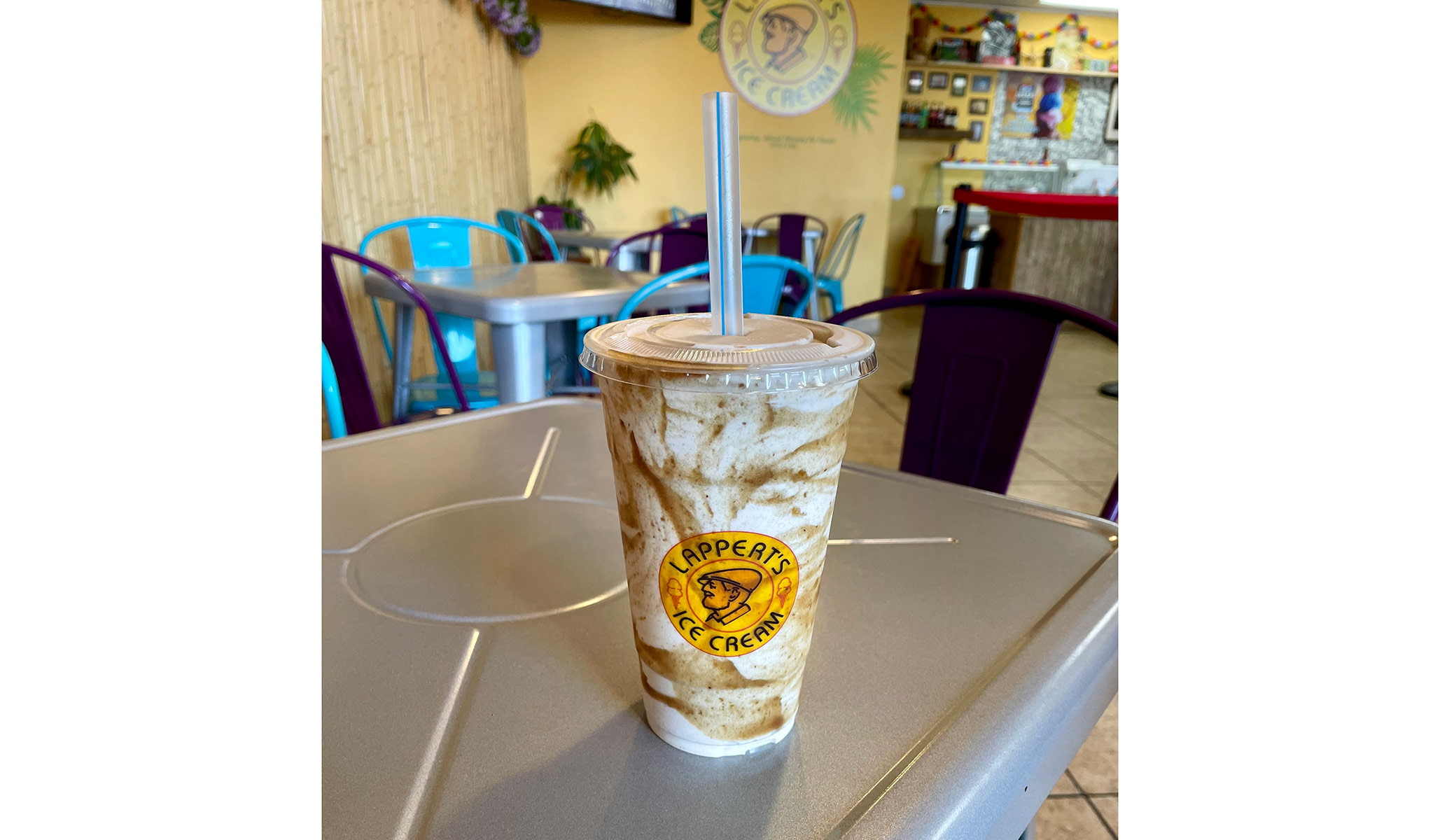 • You may appreciate this tip jar. Yes, the Bible says that the love of money is the root of all evil. But still . . . 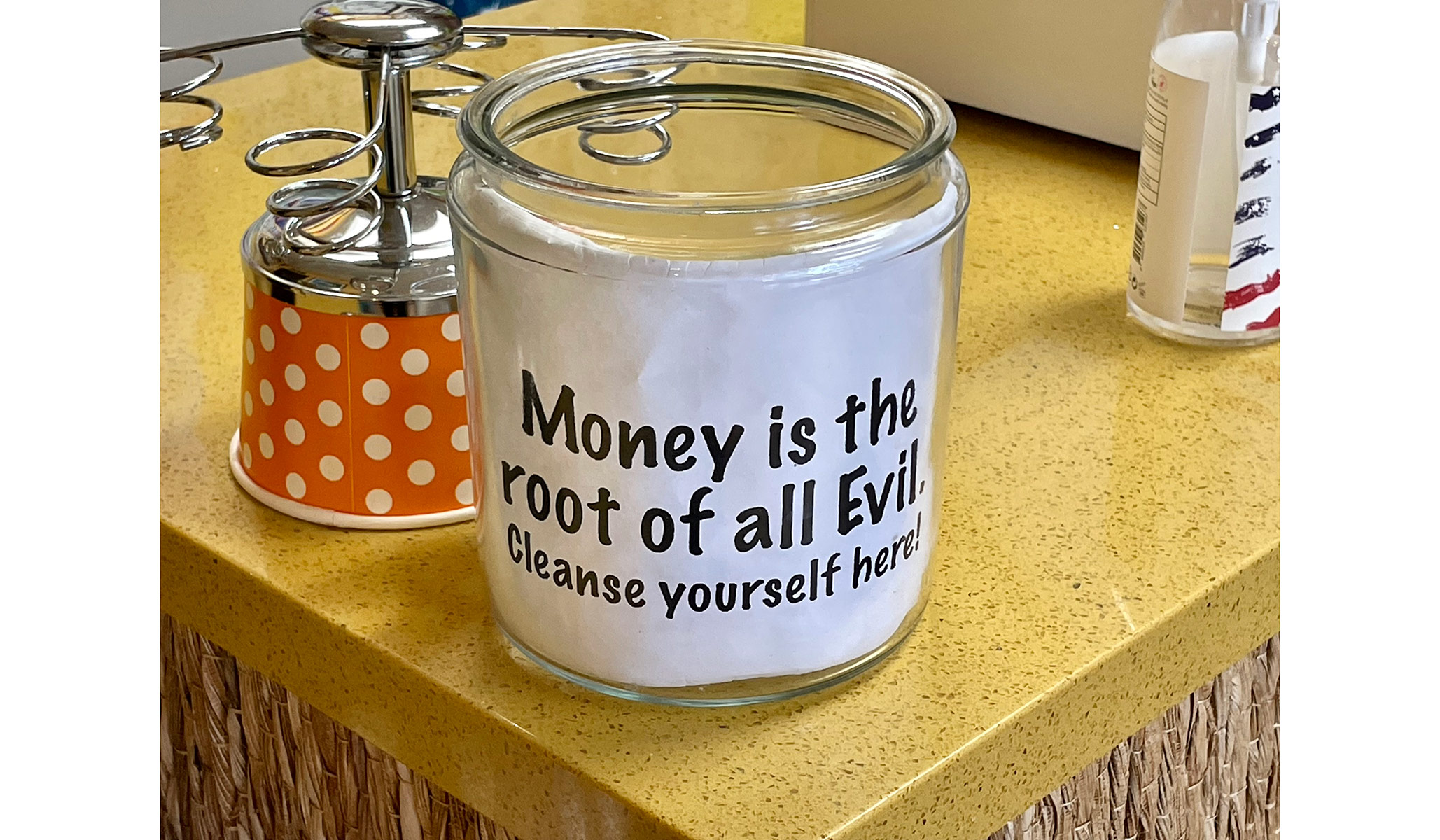 • This is one heckuva rock pile: 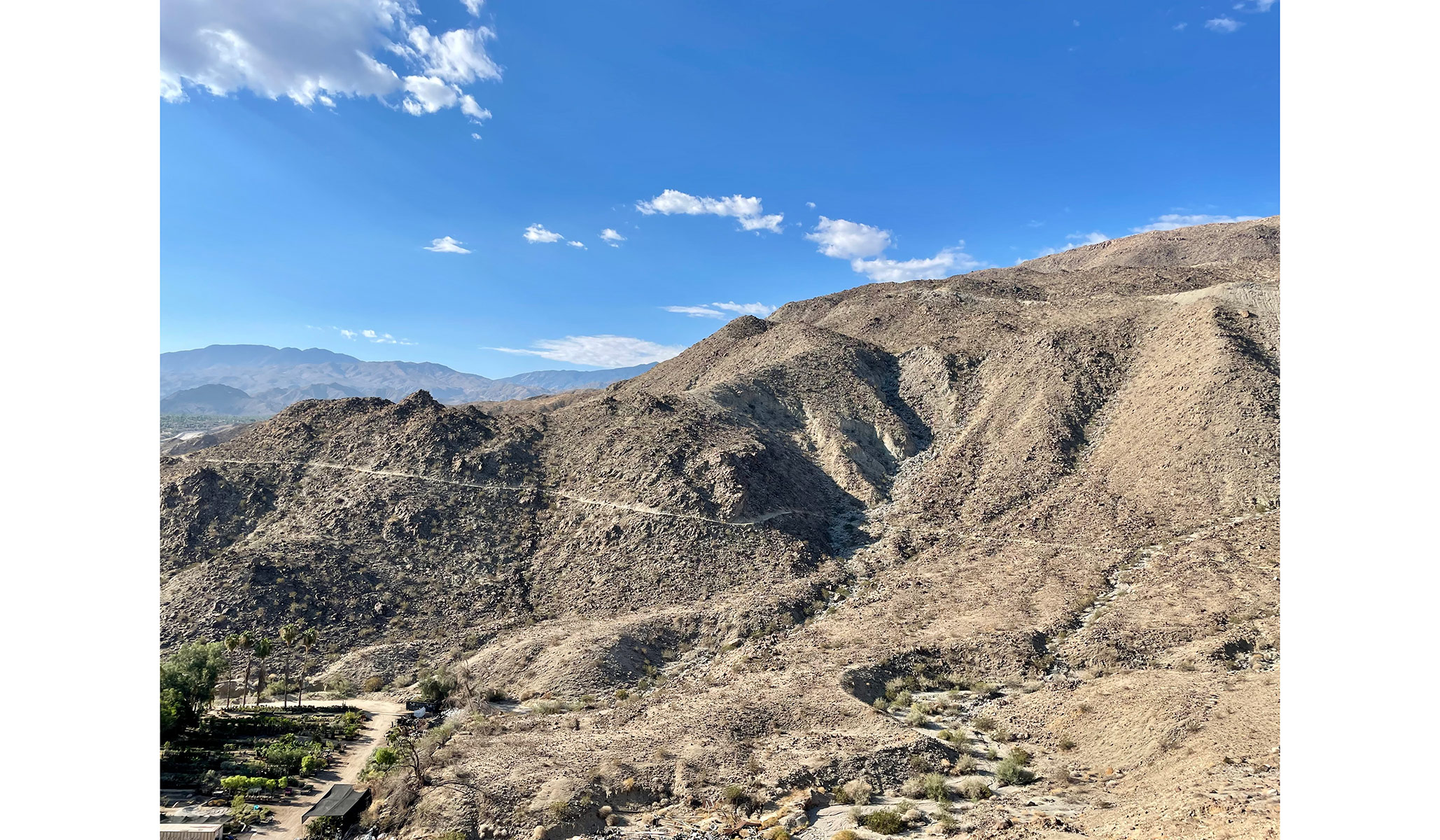 • This is one heckuva car — four-toned racing stripe and all! 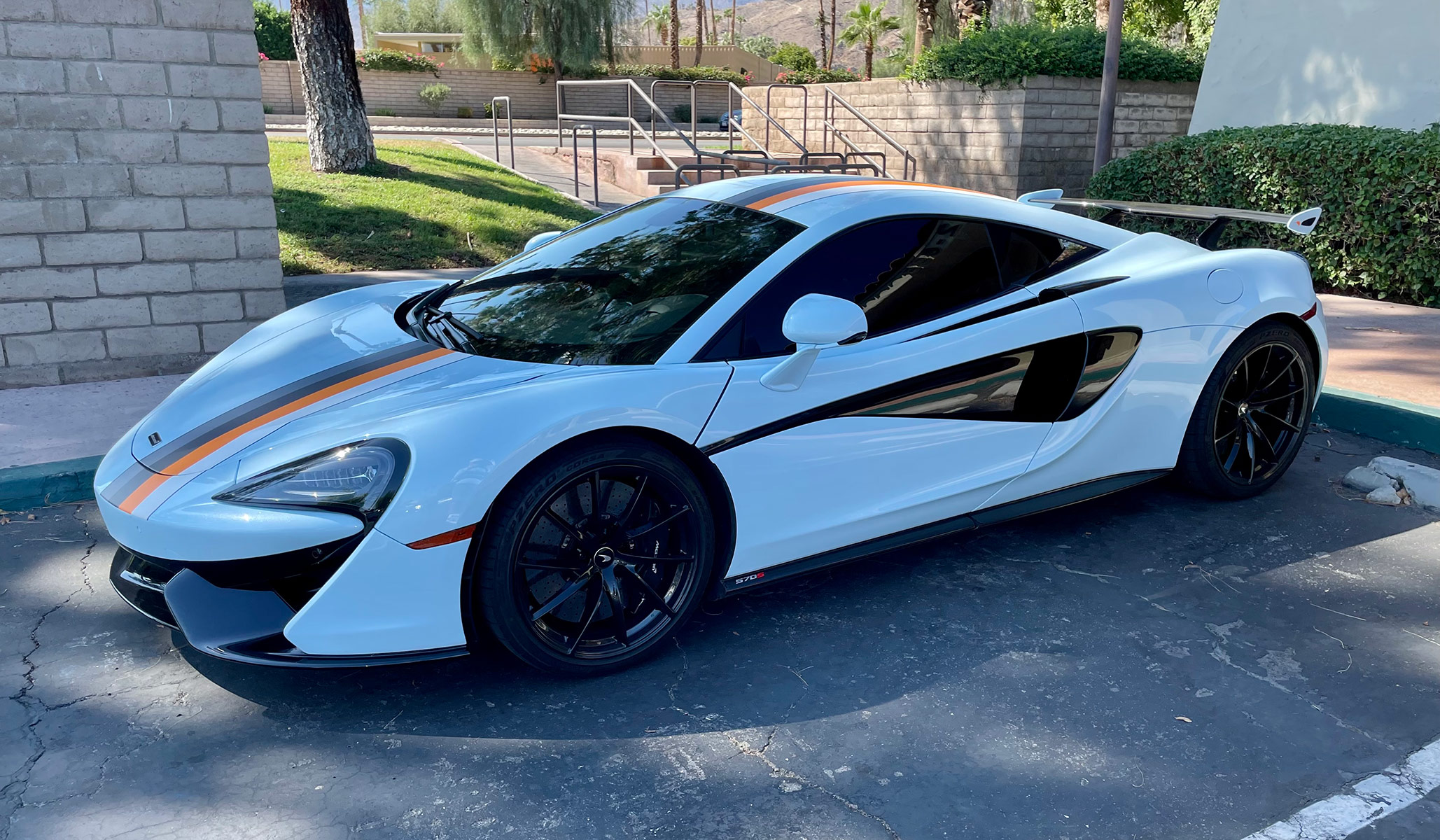 May you all have McLarens if you want one — with racing stripe or without. Have a wonderful weekend. See you later.

Rising Inflation Expectations Are Becoming a Significant Concern for the Fed